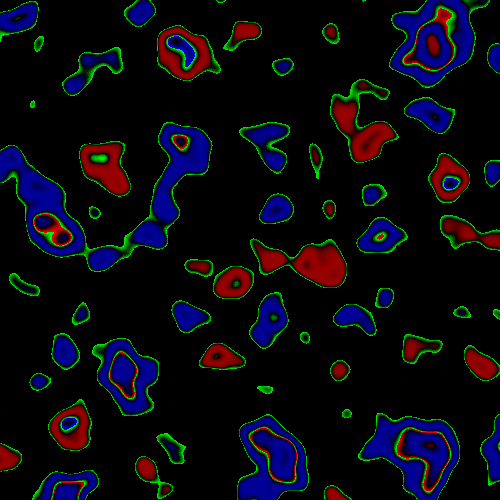 Genetic algorithms (GAs) are a form of Machine Leanrning inspired by arguably the most creative force in the universe - evolution by natural selection. genetic-algorithms.com is a free and open-source web tool for creating and learning about genetic algorithms. Instead of programming outcomes directly, or programming most of a solution and using machine learning to optimize a handful of parameters, GAs allow the learning process a high degree of control over your programme. You just have to find a way of encoding your programme as a 'genome' - often using 1s and 0s (here we use As, Ts, Cs, and Gs) and create a population of 'agents' who attempt to perform some task using different encodings of your programme. Next you need to define a 'fitness function' to score the performance of your agents. The agents reproduce (and recombine their genomes with other agents) at a rate proportionate to their success at the task. Thus - in a slightly roundabout way - the population gets better and better at performing the task. The idea behind this site is not only to provide resources on GAs, but also to make interacting with GAs fun, by allowing users to collaboratively perform the role of a fitness function, deciding the quality of GA output and provide fitness ratings themselves. At the moment the site only has one GA - Conrad - which produces images based on a string of 'ATCG's. But you can find out more about Genetic Algorithms generally on our Learn page, and specifically our Resources page.